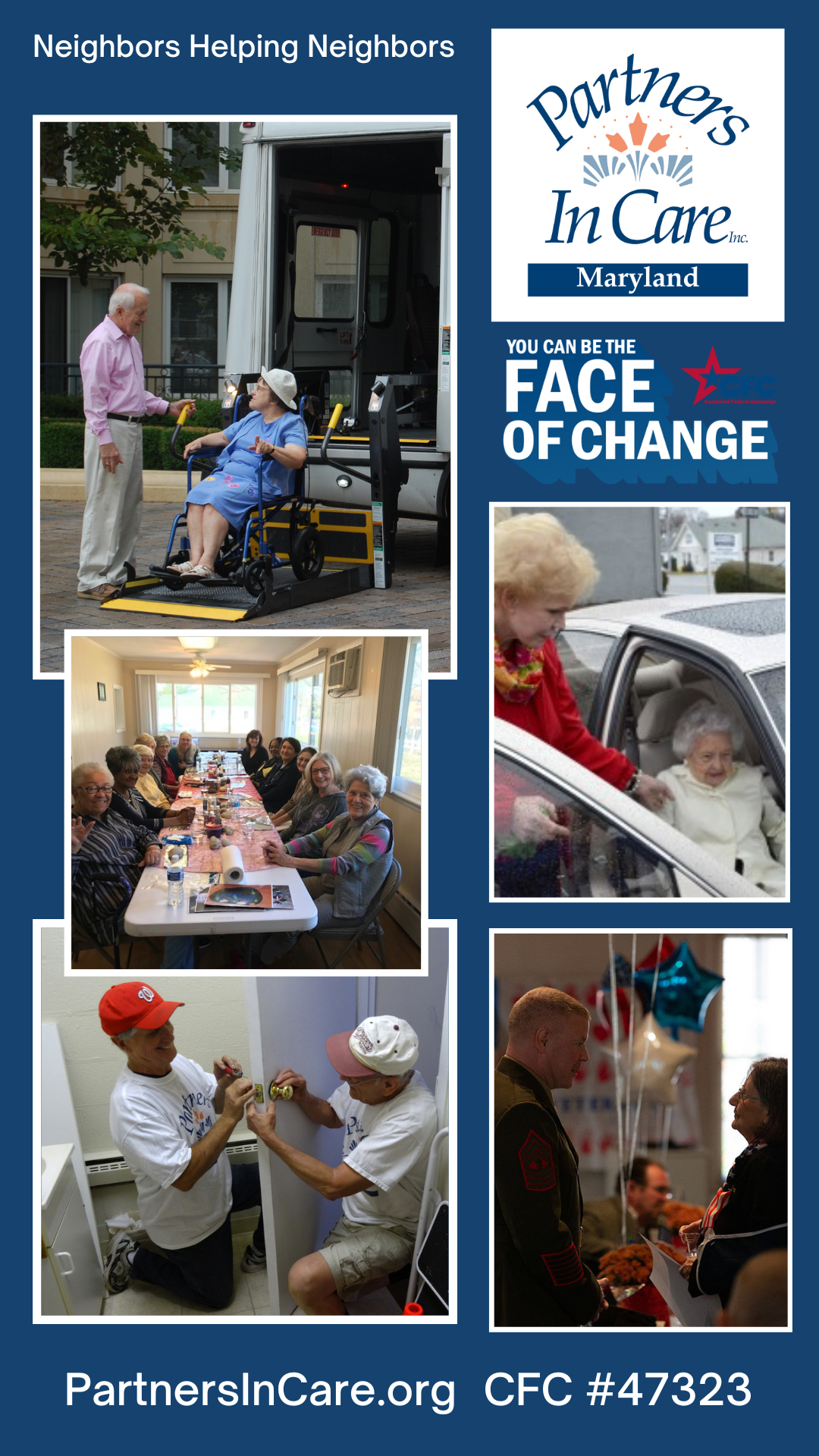 Aging in Place – Independent Living for a Veteran through Partners In Care Maryland, Inc.

As a veteran who served for over 20 years, Gerry has made sacrifices to protect our country and our independence. Unfortunately, due to his aging and health conditions, Gerry does not have the mobility and good vision that he once had. He lost his wife seven years ago and suffered a stroke in January 2021, which had confined him to bed for three months and left him with slight aphasia. A once strong and capable man walking three miles a day, taking care of all his needs, and driving to all the places he would like to go, Gerry now had to give up his driver’s license and look for help. He checked all the senior communities, assisted living, and nursing homes in the Frederick area and even in the states where his two sons live, but he could not part with the home that he and his wife had bought, decorated and spent time together in -- the home has too many good memories. He struggled. Then, Gerry found Partners In Care.

When Gerry met with our staff and a volunteer at his home last December, he knew immediately he could continue to live an active, independent life in the comfort of his own home. Since he became a member, our dedicated volunteer drivers have taken him to doctor appointments in Frederick, Baltimore, Walter Reed National Military Medical Center in Bethesda, and they have also taken him to grocery stores or Ft. Detrick Commissary to pick up his favorite food. What is unique about the Partners In Care’s Ride Share Program is that our volunteer drivers not only accompany him to the doctor’s office through stairs, elevators, arm-in-arm to make sure he gets there safely, but also help him fill out paperwork and write down his next appointment dates and times so he will not miss anything.

To help keep him safe staying in his own home, our handyman volunteers purchase light bulbs and change them, or other handyman work upon his requests since he is no longer able to step on a stool or ladder to complete a task. Last April, a group of Partners In Care volunteers took him to a local restaurant to celebrate his 88th birthday, a social opportunity that Gerry needs to ease the effects of social isolation. There, he was thrilled to meet a veteran volunteer who gladly shared stories and military experiences with him. According to Gerry’s account, it was the best birthday he had had since his wife passed away seven years ago.

A veteran and a Partners In Care member, Gerry knows the importance of serving and giving back, and he is an epitome of it. He has been giving back all his life, whether in military or civilian life. At Partners In Care, Gerry asks for rides and handyman work, in return he contributes to the programs by making monetary donations, something that he feels he can do, to support Partners In Care whose mission is to support older adults to live an independent life and stay engaged in the communities which they love.

Gerry is one of those whose independent life has been made possible because of the help and work by Partners In Care volunteers, staff, and others in the community.