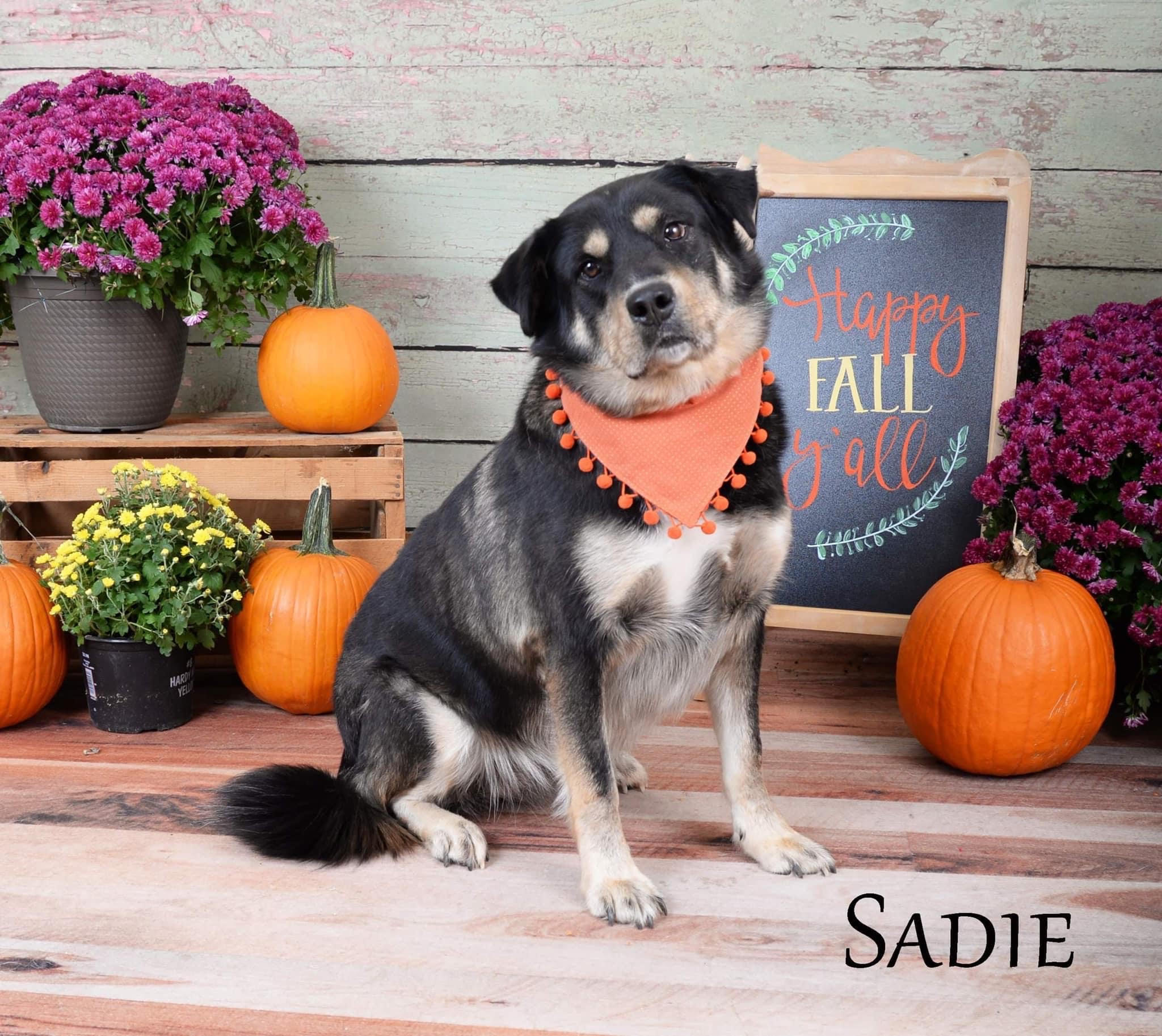 Sadie arrived at Humane Society of Parkersburg in May of 2020. She was a mix of Rottweiler and Husky. She was such a beautiful dog,but she did not do well at all when it came to kennel life. She was so unhappy and wanted a new family so badly.

Many people looked at her as a potential pet and some were scared off by her size. She finally got promoted to the position of office dog so that she could live in an open setting rather than a kennel while she waited for her new family.

Sadie was a great office companion. She liked to just lay around and watch while her office mates worked all day. She got special attention and saw lots of visitors-but still no bites on her getting adopted. During the time she was in the office, she became a favorite of staff and was shared regularly on Facebook as she experienced her adventures.

Finally, one day there was someone who expressed a lot of interest in Sadie and even came to meet her. The meeting went very well, Sadie seemed to be fine with her new owner, but it was tough for the staff to think about Sadie leaving-although, there was no doubt at all that everyone wanted her to find a new home and people that she could love and spend the rest of her life with.

The potential adopter was a federal employee and had connections with the shelter and many individuals associated with the shelter. Everyone was so happy to think that Sadie would get such a great human! The decision was finally made and while there were some loud sniffles and sobs after she left, everyone stayed strong and wished her well as she went home with her new owner. Sadie finally had a home after almost six months in the shelter.

Sadie’s new owner kept the staff updated and it was such a blessing to hear that when he had COVID and was very ill that Sadie stayed right with him and helped nurse him back to health. Sadie has had so many new adventures in her new surroundings and she is truly living a great life.

Shelter staff is always happy when one of our furry friends finds a new home, but there are times when it feels like losing a part of our family-but we understand that the shelter is not the same as a home and your own family. It is through generous donations from so many federal employees and other donors that we are able to fulfill our mission and bring so many pets to their furever homes.