Navy Veteran Gets a Chance at New Life 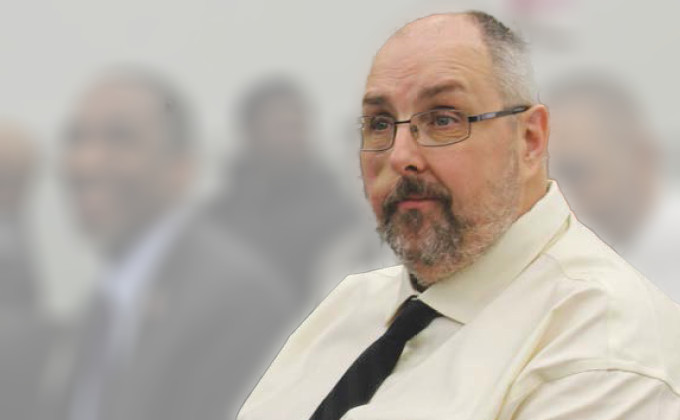 My dad served in the Navy in the 60s, and my grandfather was in the Navy at the end of WW2. They didn’t expect me to join the Navy, but the stories they told drew me in. I was in a big hurry to prove I could do it, and I was looking forward to the adventure.” Richard Albee enlisted and went to school for sonar technology in San Diego in 1982.

“Next I was assigned to the USS McKee AX41, one of two sub tenders on the West Coast. We would go out and supply ships at sea. We were out a lot of WESTPACs (Western Pacific units) off Australia, South Korea, Japan and The Philippines and also Mexico and Alaska. I thoroughly enjoyed that job.”

Out On His Own
After leaving the Navy in 1986, Richard says “I probably went a little crazy.” In 1988, he met and married a woman who in 1990 was killed in a car accident. “I started drinking then,” he remembers. By the late 90s he had driven his second marriage “into the ground.” For the next ten years, he was on a cycle of “work for a while, quit, go on unemployment, get another job”—each time with more drugs and alcohol. He hit his breaking point in the fall of 2016 when one of his three daughters told him, “You’re not a very good role model for my kids, so I don’t want you to come around anymore.”

“My knee-jerk reaction was to head for New Orleans, but I ran out of money in DC. When I got off the bus at Union Station, I just started walking and ended up about nine miles away in Silver Spring, MD. At the library, I Googled “shelters in DC,” and Central Union Mission popped up first! I slept outside that night, but I ended up walking back to DC and to the Mission.”

Richard found purpose and strength in the Spiritual Transformation Program (STP). “I was automatically back in a structured environment. A couple of my STP friends are both veterans—one a Green Beret the other in the Navy on a carrier. We’re constantly helping each other out.”

Baking A Future
Richard is working in the Mission Muffins workforce development program. “I get up at four o’clock every morning to set up the food truck to sell muffins and coffee to passersby. We go to a lot of bazaars and churches to sell the muffins. I think Mission Muffins can be really successful, and it could touch a lot of people in a great way.”

Richard wants Mission donors to know that “Without them, I wouldn’t be here; I’d be in jail or worse. The money is used to help everyone who comes through the doors, whether for food or services or just for a bottle of water. They ‘100 percent’ made a great decision to donate to Central Union Mission.”