Journey of Growth and Giving Back 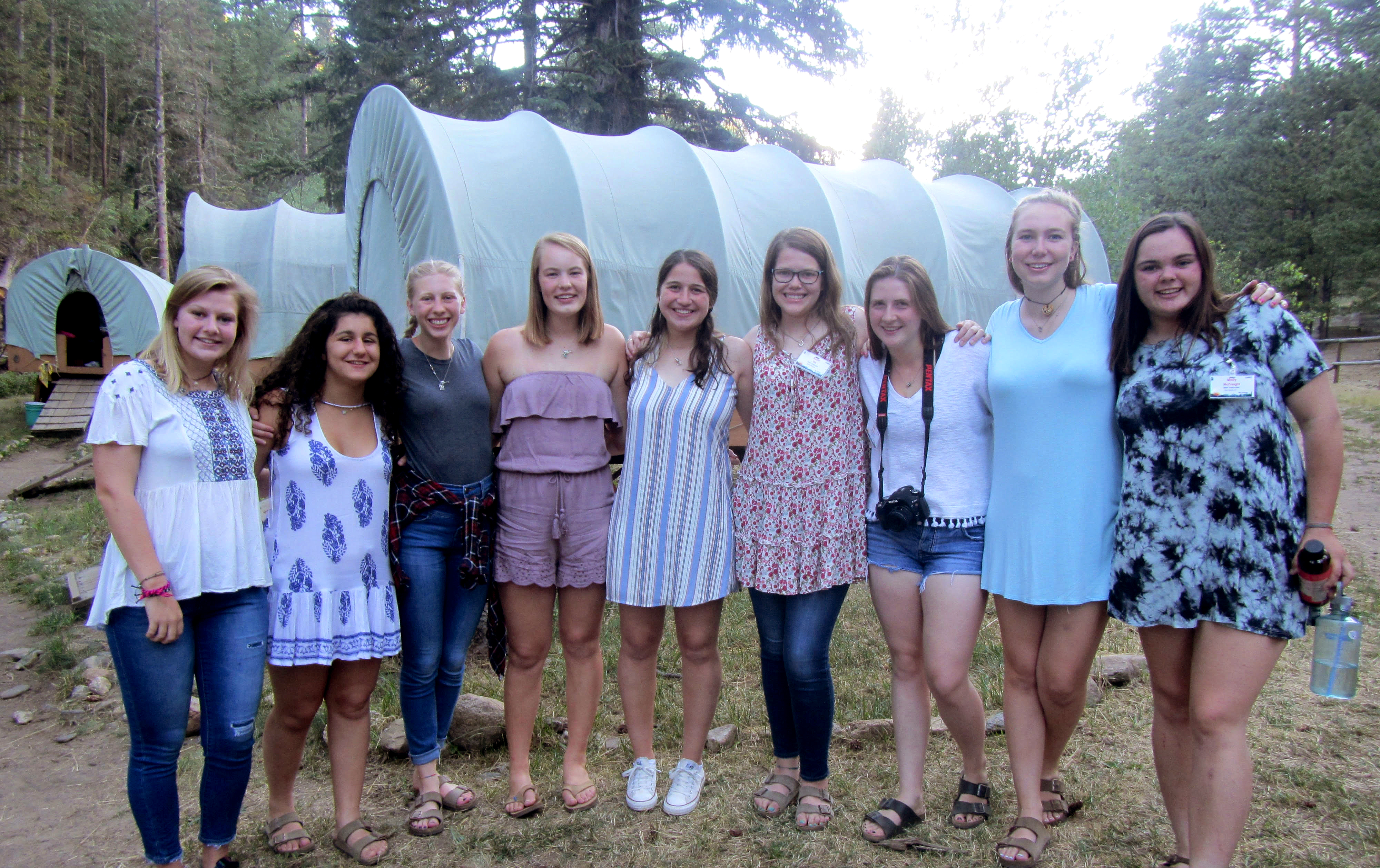 Sadie was just 11 years old in 2011 when she left her home in Estes Park, Colorado, to spend four weeks at Girls’ Trail’s End at Cheley Colorado Camps. Though camp was just a stone’s throw from home, it felt like it was a world away.

Sadie didn’t venture out of camp for the first two and half weeks and was incredibly homesick.
She had never been camping and had done very little hiking, even though Rocky Mountain National Park was literally in her backyard. With the encouragement of a CILT (Camper in Leadership Training), Sadie reluctantly signed up for a 3-day horsepacking trip and immediately had to rely on herself and not her mom to get through the trip and take care of her horse.

Sadie took full advantage of her remaining weeks at camp. She returned to camp for five more summers and developed a love of camping, hiking, and all of the adventures camp provided. She even did a solo trip—something that the scared and very homesick camper she had been during that first summer would never have dreamed of tackling.

The friendships Sadie made at camp were powerful and with each summer she attended camp, her understanding and respect for the Code of Living and the other traditions at camp grew.

Over the course of her six years at camp, Sadie experienced significant challenges in her personal life, including being displaced from her home for nearly five months after the 2013 floods in Estes Park. School was a struggle and, along with other family conflicts and the death of her best friend, life was hard.

Sadie and her mom kept a “countdown calendar” to remind Sadie how many days she had left until camp. Knowing that going to camp and being with her friends was on the horizon helped Sadie get through some very difficult times. She also relied on her Code of Living to, as she says, “remind me of the strength I did have.”

In 2016, Sadie drew upon the confidence and resilience she had learned at camp to complete her A Thousand Summers Capstone Project. She worked with two developmentally delayed first graders and helped them to learn their letters and numbers, to write their names, and assisted them in their physical and occupational therapy. It was an eye-opening experience for Sadie and she vowed to help other kids however she could.

Sadie said, “I didn’t have fancy boots, Chaco sandals, a Patagonia jacket, or my own backpack, but I had what I needed. I didn’t miss my phone or technology—I missed my mom—but I discovered I could survive on my own.”

Her last summer at camp (2017), Sadie took that desire to help other kids to a new level when she was invited to be a CILT. The experience was a great test of everything she had learned in the past. She now had to be the “big girl for all of the little girls” and found herself especially drawn to the girls who were feeling homesick and doubting themselves.

Five years later, Sadie is still finding ways to help others through A Thousand Summers programs. She is leading the charge to establish a Young Alumni Board and is creating a series of educational videos for our campers and their families to support their preparation for camp. She is mobilizing other young alums to contribute to the video resource library and to write postcards to first-summer campers.

“If everyone had this opportunity, the world would be a better place. Camp made me the woman I am today and helped me through the darkest times of my life," said Sadie.

Sadie has also taken on a volunteer assistant role with our new Compass Program. She is working with our first cohort of 5th, 6th, and 7th grade campers and guiding them through virtual group lessons to help them learn more about themselves and to prepare them for their camp experience. She has firsthand knowledge of how critical this program can be for our campers and admits, “If I knew more about myself before I had started at camp, it would have helped me so much!”

When asked what she is hoping to gain from her continued involvement with A Thousand Summers, Sadie’s reply says all you need to know: “I’m not hoping to gain…I’m hoping to give!”