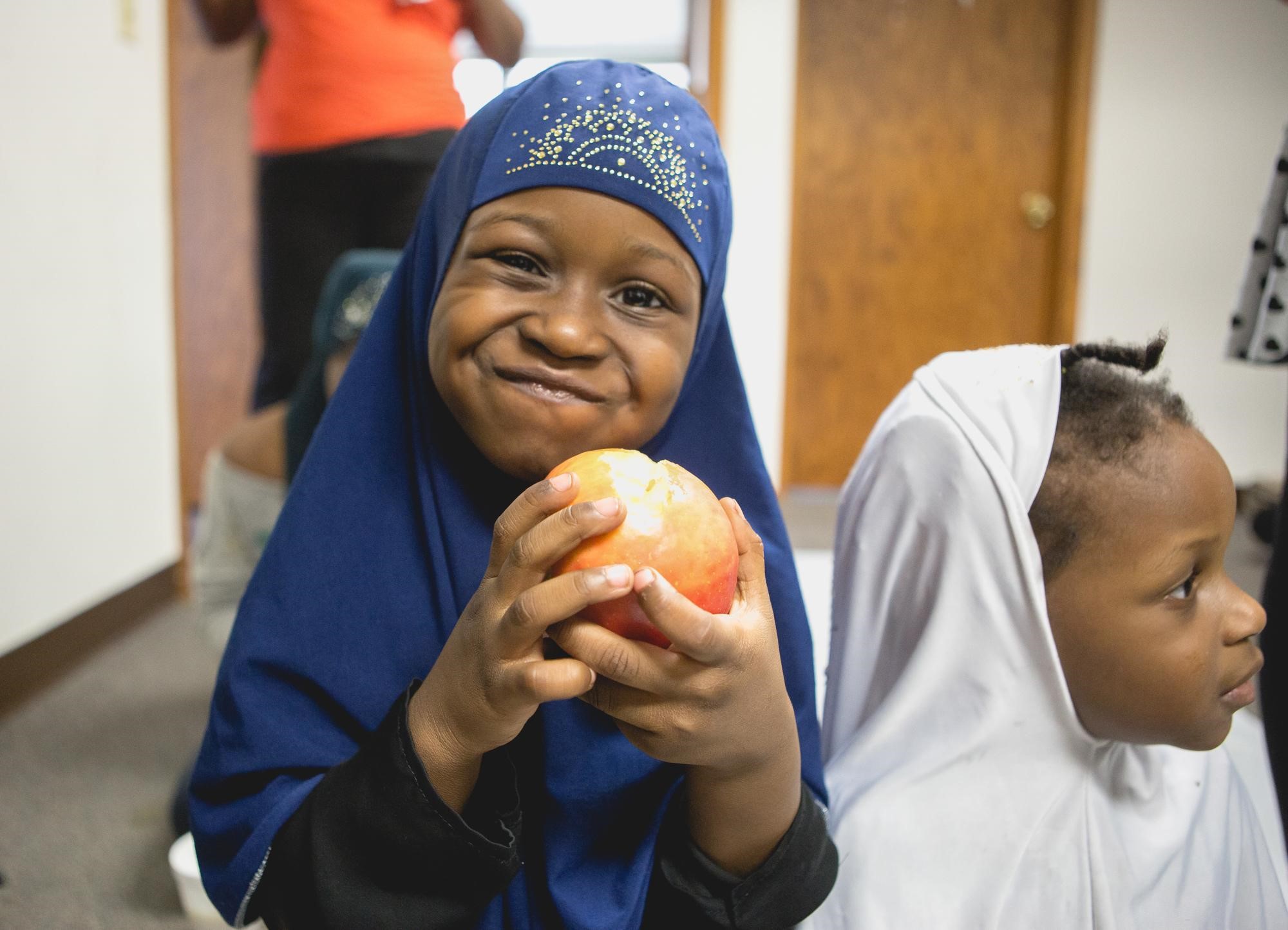 Food is the central ingredient to operations at Al-Maa’uun, a project of Masjid An-Nur. A longstanding IRUSA Day of Dignity partner, the center focuses its programming around responding to local health and food needs. “We made it our job to bring resources and services to our community and then surround our community with that,” said Imam Makram El-Amin, the executive director of Al-Maa’uun. Thinking on what ‘impact’ means, El-Amin offered, “Al-Maa’uun is us living our [Islamic] faith out loud.” The center operates a full service kitchen servicing more than 500 families a month, as well as a garden. The staff personally delivers bulk orders to over 15 soup kitchens, schools, and camps within northern Minneapolis. Having a full-fledged kitchen dynamically changed not just what Al-Maa’uun could serve, but who. For several schools and youth engagement programs, Al-Maa’uun fills the gap for critical meals. For families constantly coping with insufficient financial means, it makes finding a plate of food an easier task. Day-to-day performance demands are tough, but it all gets done thanks to the young staff who have become part and parcel of the work. Anisah, the lead cook and one of the youngest staff, said, “Everyday we come in we do breakfast for sites, then we immediately begin cooking for lunch, making hundreds of meals a day. We have people in and out every single day.” She supervises 10 other young people. When the kitchen is in full swing, Anisah’s energy to prepare meals seems endless. She does it all while delegating effectively to her peers, whose glowing smiles echo her glowing personality. Executive staff member Kamillah El-Amin described the kitchen’s impact on developing communities in northern Minneapolis: “You’re making such an impact on people’s lives—there aren’t any words that I can say to you. You would need to feel the love, the dignity, the honor, and the respect that people have when they walk away from here,” Kamillah said