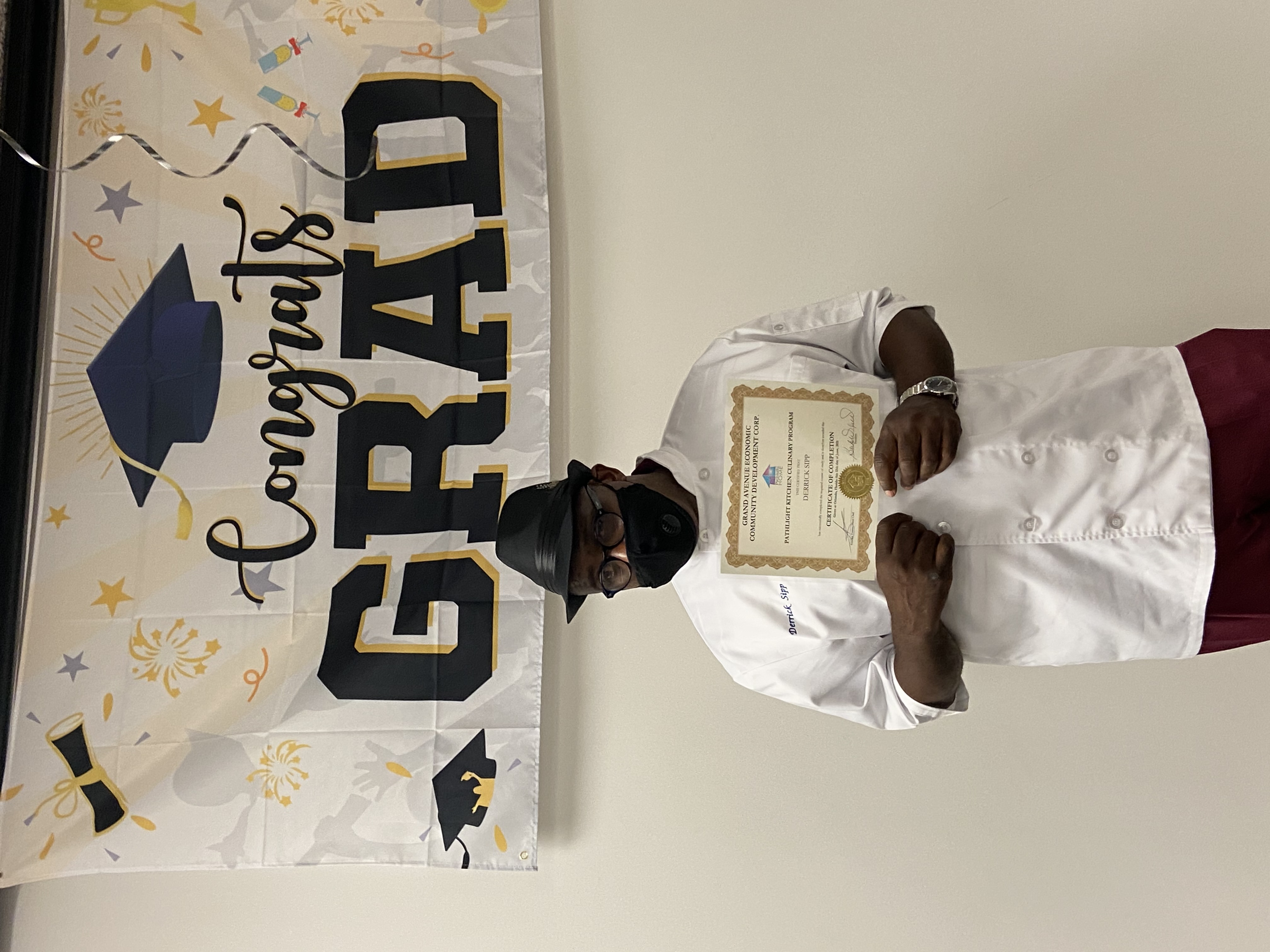 Derrick is a friendly man, whose good humor has carried him through a number of life happenings, in particular his recent move from a room in Pathlight HOME’s Safe Haven Program into his own Maxwell Garden efficiency apartment.

Derrick shares that he was born with Cerebral Palsy and has always been disabled. He hastens to add, however, that he worked at a major Orlando theme park for 15 years as a chef. He’s quite proud of his culinary talents and still loves to cook.

His innate impairments worsened over the years and Derrick had to retire from his job. “I couldn’t do it anymore,” he says. No longer earning a salary, he applied for disability benefits and moved in with his sister. Unfortunately, the sibling living arrangement didn’t work for very long and he left. Adding insult to injury, his benefits were rejected on that first try.

Thus, Derrick began living between the streets, nooks and crannies of Orlando and a downtown men’s shelter. He laughs at a vivid memory of one such place he called home. “I lived in a storage unit that I had for my belongings. I had it fixed up real nice…a couch…an air mattress. I had a place to shower [nearby]…” He can chuckle now, as he looks back, but admittedly wasn’t doing so then.

One lucky day at Lake Eola, Derrick spoke with a homeless outreach team. The rest, as they say, is history, as the team referred him to Pathlight HOME’s Safe Haven Permanent Supportive Housing Program at Maxwell Garden. He met with Rotaya Cobb and moved into the program in May 2018, finally having a real bedroom, communal cooking and bathroom areas, and a Case Manager to help get his life back on track. “I had a roof over my head…was around good people…and had a good Case Manager in Rotaya.

His disability income approved at last, Derrick has goals. One goal was realized in January 2021 when he transferred from Safe Haven into his own efficiency apartment in our Homes for New Beginnings Program. A more independent setting, he’s working on what that entails with his new Case Manager, Gail Smith. “I feel great. I feel safe. I have my own bathroom. I clean up. I’m trying to get rid of stuff in my storage bins and am trying to fix up my apartment.”

”Pathlight HOME is a good place to stay because they help you get on your feet and lead you in the right direction…the right way to go about doing things,” says Derrick, citing his other goals. “I want to be somebody in life and make more of myself, improve my reading and writing when the Adult Literacy League classes start again, continue as a lay minister at my church, and own a soul food truck!”

With his positive attitude, desire to improve, and love of cooking, Derrick’s already acting on these dreams by completing our free, Pathlight Kitchen Culinary Training Program. This affable man may have come far, yet with Chef Esteban’s hands-on training, he’ll be poised to go further!