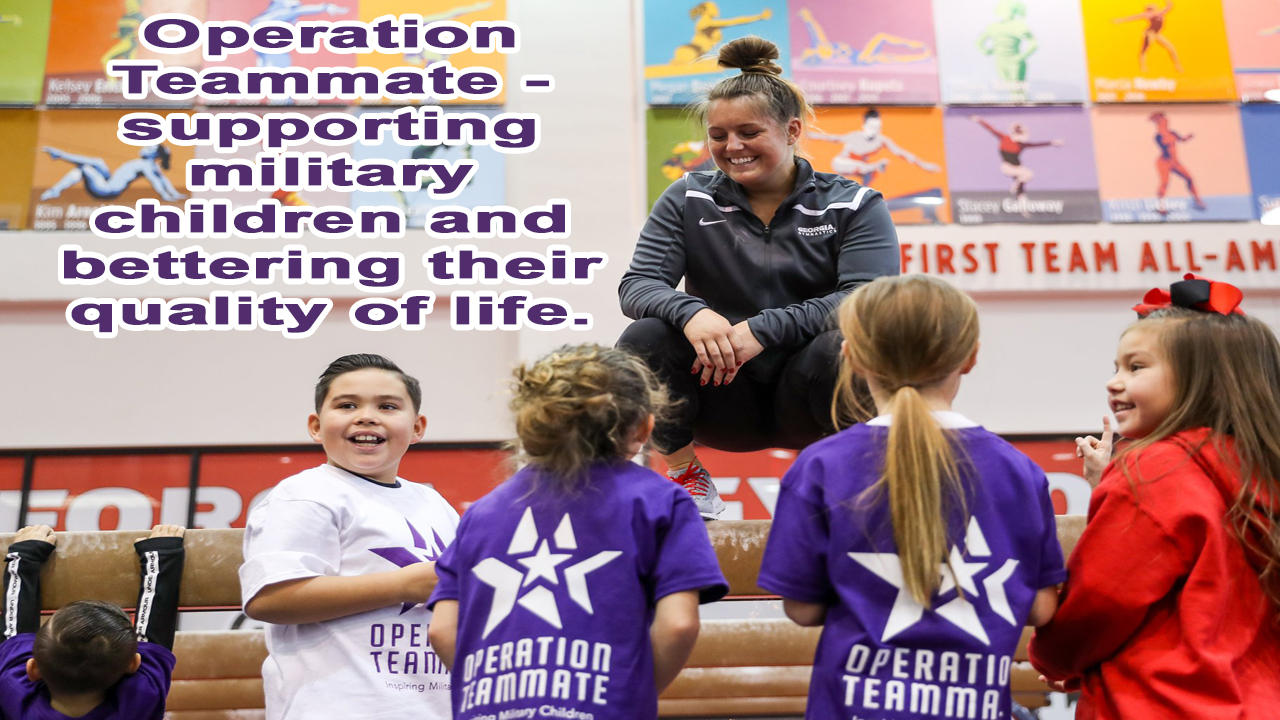 Inspiring military children since 2015.
Being a part of a team is an important aspect of youth development. It teaches us about belonging to something larger and greater than ourselves. From our teammates, we learn about how to deal with adversity and how to overcome, together. Military children are no stranger to challenges, this we know. At Operation Teammate, we’re striving to show every single military child that they are not alone, that they have a team cheering them on.
From the beginning, Operation Teammate has provided opportunities for sports teams to welcome children (ages 5-18) of military families as honorary teammates. These children are VIPs for the day. They make some unforgettable memories, all while learning they are resilient, strong, and can tackle anything life throws at them.
Operation Teammate’s future initiatives include building clubs and chapters in military communities throughout the nation. Military children relocate 10 times more often than civilian families. As we grow, we want them to know they can look forward to event opportunities wherever the military takes them.
Once a Teammate, always a Teammate!

Tim Montjoy, Founder and CEO of Operation Teammate, became a single parent in 2003 after returning from an overseas assignment to South Korea.
While his Air Force career progressed and his daughter, Bethany, continued to be involved in different activities, he began noticing that there were not many opportunities for military children to be mentored outside of the home. Like many other military parents, Tim experienced first-hand the toll that deployments and being called away can take on a child. Bethany had always been an athlete, and Tim began to think about how it would have been comforting to know that there were additional resources and mentoring opportunities for his daughter while he was separated from her.
When Tim returned home from his last deployment in 2012, the foundations for Operation Teammate began. Tim and Bethany turned Operation Teammate into a family mission. Tim saw that activities through sports could serve as a bridge. Bringing together military children and athletes seemed like a no-brainer because they could show the children that it’s possible to overcome challenges and work through any obstacle - on the field and in life.
Military children deserve to know they belong to a team, our team.
We hope you will join us on our mission.

At an Operation Teammate event, military children have the opportunity to engage in these unique experiences: meet and greet with athletes, attend practices, behind-the-scenes tours of the campus and facilities, enjoy a VIP lunch with players, and so much more.
All of our experiences are built to make military children feel special. Giving them VIP treatment for a day emphasizes that the service and sacrifices of military families are not going unnoticed, even by sports celebrities. We plan our sporting experiences around three areas: Connection – Inspiration – Involvement

Operation Teammate provides an environment for military children to feel special for a day and take their mind off of the hardships of the military lifestyle.

78% OF CHILDREN DEMONSTRATE INTEREST IN A NEW ACTIVITY AFTER ATTENDING AN OPERATION TEAMMATE EVENT.

100% OF MILITARY FAMILIES FELT A SENSE OF COMMUNITY SUPPORT THROUGH THE OPPORTUNITY TO ATTEND AN OPERATION TEAMMATE EVENT.

“Our girls are always excited when they attend an Operation Teammate event. It shows great appreciation to all of the children and sets a terrific example.”
D. Corman, USAF Parent

Deployed parents have a sense of relief in knowing that there is a caring community at Operation Teammate that supports and celebrates their children. It is our goal to have an Operation Teammate chapter around every major military installation throughout the country.