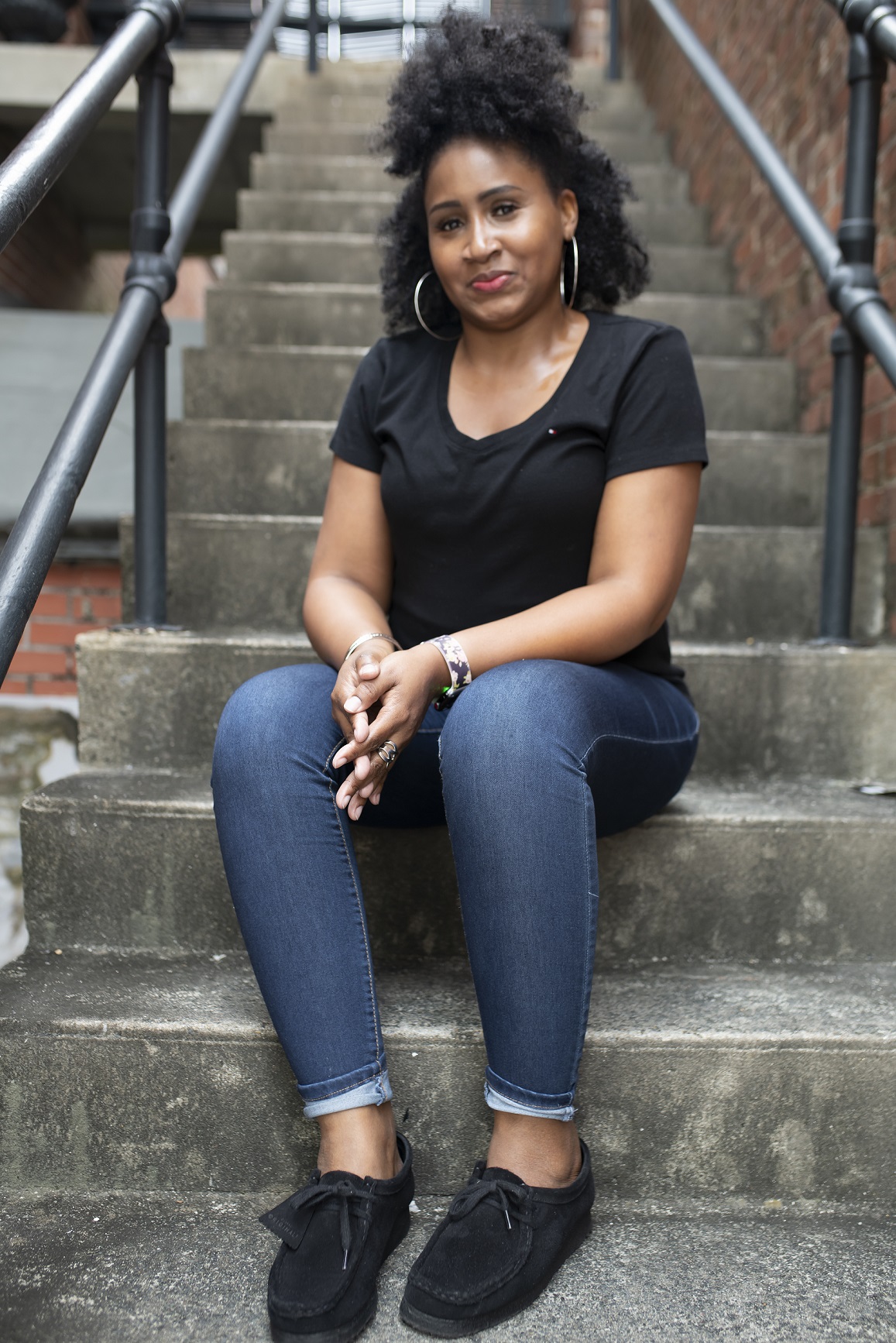 Since infancy, debilitating pain and the next hospital visit never strayed far from Danielle Jamison. That’s how life goes when you’re born with sickle cell disease, a life-threatening genetic disorder.

At least, that’s how life used to go. Soon, the 37-year-old South Carolina woman will mark four years since a drug born at the Oklahoma Medical Research Foundation first offered her relief.

Adakveo, a drug based on the discoveries of OMRF Vice President of Research Rodger McEver, M.D., is relieving that pain for Jamison and others with sickle cell worldwide. Since starting monthly IV infusions of the drug as a clinical trial participant in 2018, Jamison has had no hospitalizations for her pain.

In sickle cell disease, red blood cells change from their normally pliable and round shapes to become rigid and sticky in the form of a crescent or “sickle,” causing ongoing damage to blood vessels and organs that can prove fatal. The disease primarily affects people of African descent.

When the cells clump together, it results in inflammation and excruciating pain. Known as a crisis, the pain can start anywhere in the body and last for weeks.

For many years, those crises routinely sent Jamison to the hospital, where the agony could stretch for weeks despite doctors’ best efforts. “It feels like you’re getting hit, over and over and over,” said Jamison, who is one of an estimated 100,000 Americans living with the disease. “And it never stops.”

As a physician, OMRF’s McEver knows firsthand the toll sickle cell exacts on the body. “I’ve treated patients with the disease, and their suffering is extreme,” he said.

In his lab at OMRF, McEver developed an antibody that blocked the effects of a protein he believed played a key role in sickle cell pain crises. Selexys, a company he helped form, then created an experimental drug based on that discovery.

The medication showed success in clinical trials, and pharmaceutical giant Novartis acquired the company and the drug, now known as Adakveo. In 2019, Adakveo became the first new treatment for sickle cell disease approved by the Food and Drug Administration in 25 years. It is now available in 44 countries worldwide.

For Jamison, the mother of a pre-teen, the drug has been life changing. “I’m not in and out of the hospital, going through the ups and downs of sickle cell so much,” she said.

She continues to receive the drug as part of a long-term trial that monitors the ongoing effectiveness of the drug. “I’m able to be much more active and have less pain. It’s such a blessing,” she said.

That kind of outcome is one that every medical researcher hopes for while toiling in the lab. “It’s such a long process,” said McEver. “So, it’s enormously satisfying to know you’ve developed a drug that helps patients.”

While Jamison has never met McEver, she’s grateful for the work he and others did to make Adakveo a reality. “Life is so much better now,” she said.

No longer blinded by pain, she can now focus on the thing that matters most to her. “I want to see my baby grow up,” Jamison said. “She’s my little angel. She’s my reason to fight, my will to live.”