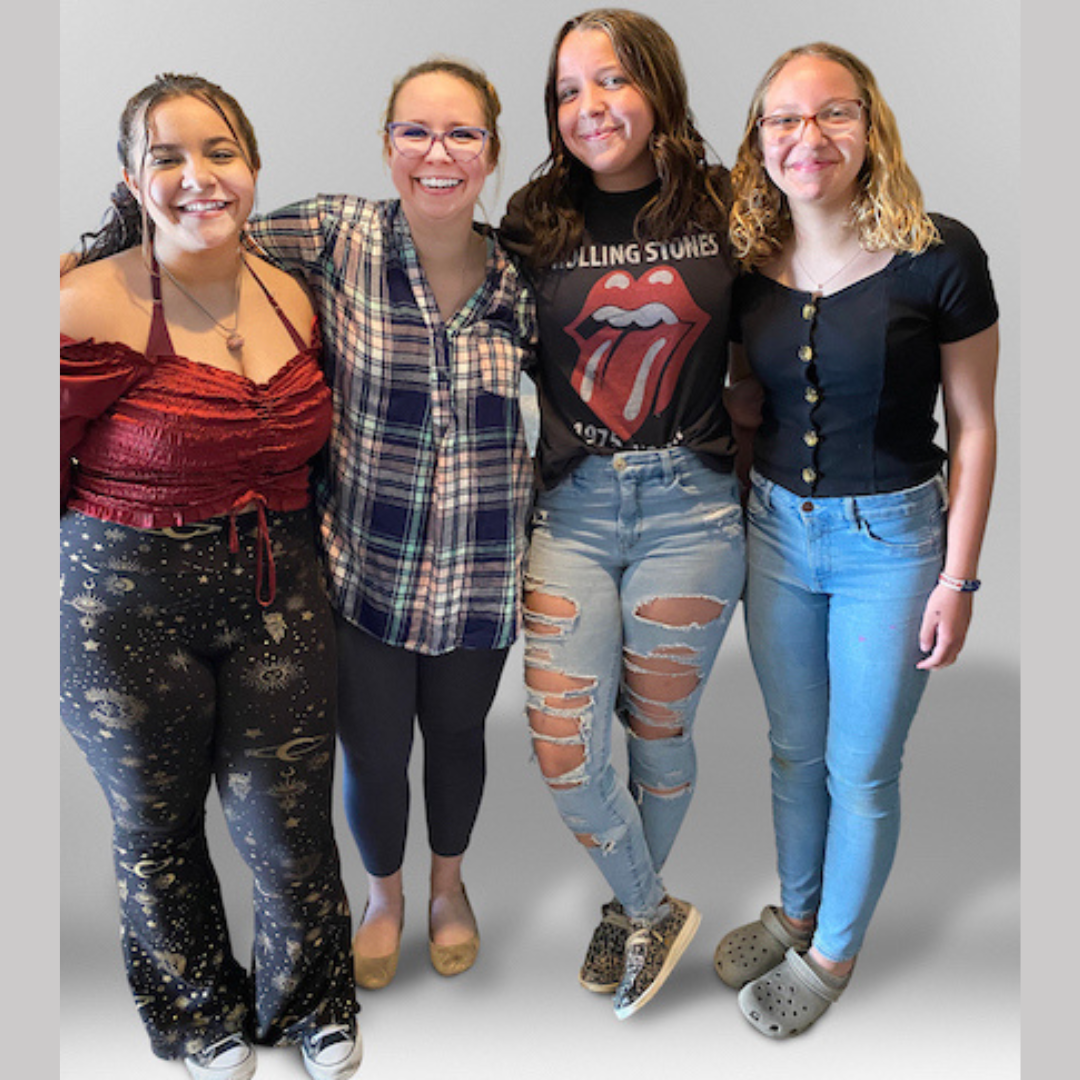 Growing up, Cassie Bratton loved life, and she loved her dogs. Her days were relatively steady and normal. Until an abusive relationship turned everything upside down.

Cassie’s abuser was the father of her three children, which made her situation even tougher. But eventually, after years of abuse, Cassie summoned the courage to leave, knowing it was the decision she had to make for herself and her kids, who are now 16, 15 and 12 years old.

Trying to get back on her feet and support her family, Cassie went to work for a medical equipment company. Then COVID-19 hit, and she was laid off.

“I was in the medical field, and it was already pretty strained,” Cassie said.

Finding work in the midst of the pandemic was difficult.

“I wanted to find a place where I could build my own village, to just be part of a group of people that made a difference,” Cassie said.

She found The Grooming Project through the Kansas Department of Labor, where she had applied for unemployment benefits.

“I just knew I wanted to work with dogs. I have always had a pet ever since I was little, and I had to part with one after my abusive relationship,” she said, explaining her excitement at being selected to the program.

Besides learning the skills she needed to launch a career in pet grooming, Cassie said The Grooming Project introduced her to a new “family” where she found camaraderie. Because of her past abusive relationship, Cassie felt separated and alienated from other people she knew because they didn’t really understand what she was dealing with. But at The Grooming Project, Cassie found a group of people like her who understood the “Big T trauma stuff,” as she describes their experiences.

Cassie said that having a group of people to share similar feelings, concerns and experiences with helped her become more independent. She recognizes that some people may find it contradictory to hear her say she can simultaneously be part of a group and also be independent.

“Just because you have a group of people who support you doesn’t mean you can’t be independent. I actually derive the strength to be independent from that group,” she said, explaining that she’s learned “you don’t always lead from the front to support others in their mission to be independent.”

For example, the profits from The Salon go to The Grooming Project school. Cassie said knowing that her work is helping to support other women who’ve had experiences like hers is gratifying.

She also enjoys working with families in the community to ensure their pets are nicely groomed and in good health.

“I like to provide clients with a haircut for their dog that makes them feel good about taking their dog to the dog park or makes them feel comfortable petting them,” she said. We also help their vets out by keeping the dogs and cats well-groomed and sometimes even identify that a pet may have a health issue and alert their owners.”

As a case in point, Cassie tells the story of a homeless man who had been admitted to the hospital. One of the nurses was caring for his dog and knew it required grooming, so she brought it to The Salon. The groomers there discovered the dog’s nails were long and sharp and likely painful, and they were able to remedy the problem.

Cassie has worked hard to regain her self-confidence, which is an asset not only for her job but also as a parent. She said it’s important for her kids to see her model a message of independence, especially the older they are becoming.

Cassie sees a long-term future at The Salon, where she wants to continue to hone her skills and learn how to apply them to other animals too, such as horses. She’s also open to learning about what it takes to operate a doggy daycare or work in dog therapy.

To support students like Cassie, donate today at www.thegroomingproject.org/donate.