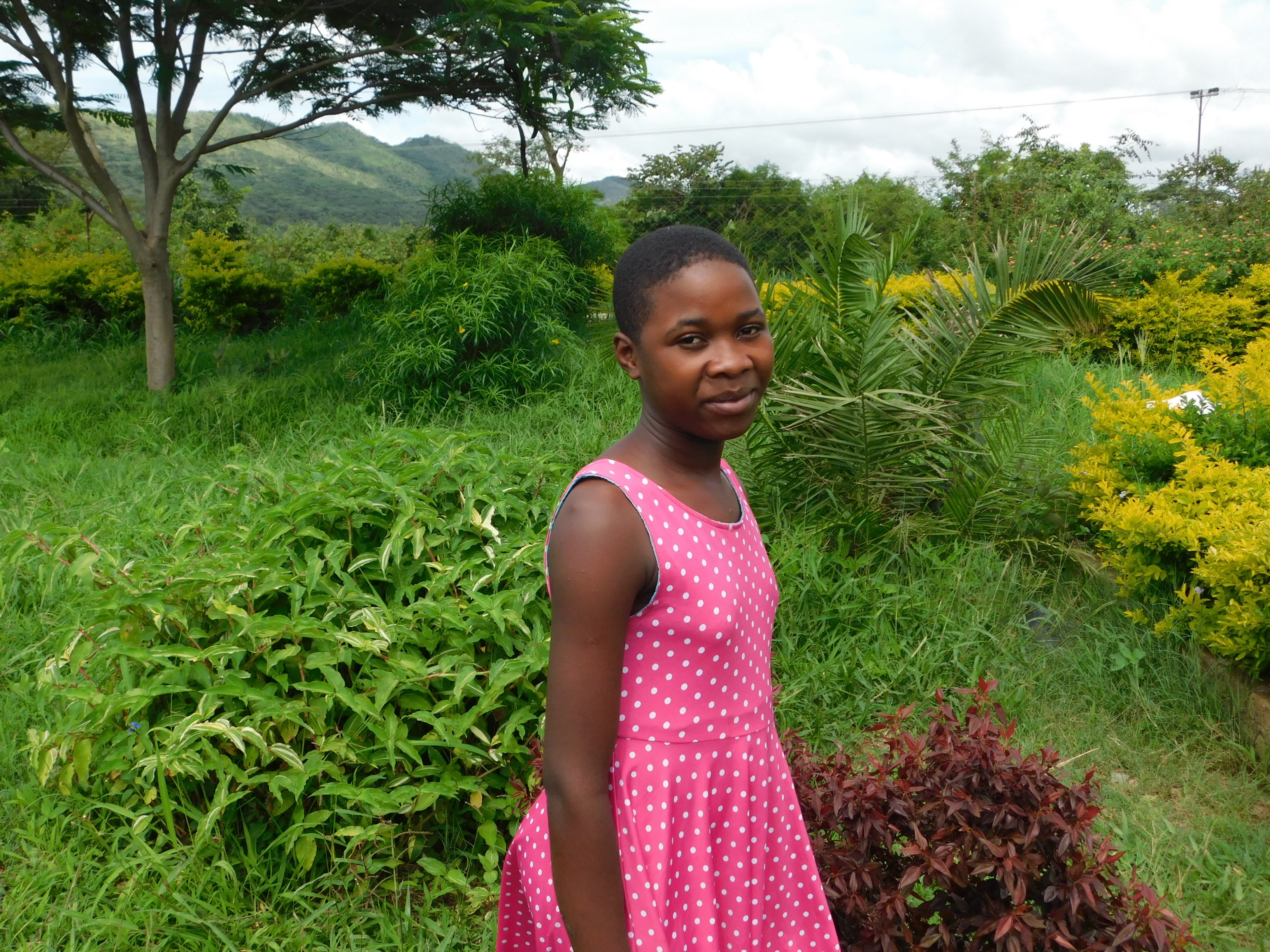 Bread and Water for Africa® longtime partner Shinga Development Trust in Zimbabwe, which operates the Lerato Children’s Village, was founded with the lofty goal of meeting the basic needs of orphaned and vulnerable children by providing them with a home where they are fed and sheltered, given healthcare and the opportunity for an education – and most importantly, loved.

Founder and director Margaret Makambira treats all those she takes in as “her” children, and to many, she becomes the only “mother” they have known in their short lives. And through that, her overarching objective is “to empower children with the goal of helping them to reach their full potential leading to self-sufficiency.”

Many of the orphaned and abandoned children who come to Lerato had never been to school and today “are pursuing their educational dreams…and preparing themselves for a much better future” now, thanks to the supporters of Bread and Water for Africa®, says Margaret.

Among them is 13-year-old Melissa – who is NOT a witch – although that false accusation by her extended family relatives after both her parents died is how she ended up at the Lerato Children’s Village. Young Melissa has had much tragedy in her short life following the death first of her father, and then her mother. At just 10 years old, she was an orphan who was left in the care of her grandmother, then an aunt and a grandfather.

“Her grandfather and aunt started to accuse her of witchcraft and refused to give her food,” reported Margaret. “She survived by begging.”

After her situation was reported to the government Department of Social Development, Melissa was brought into the loving arms of Margaret.

“When Melissa first arrived at Lerato, she was withdrawn and did not like to socialize with any of the other children,” Margaret told us, but she received counseling to help her adjust to her new living environment. “The counseling sessions were quite helpful as she now relates well with the other children.”

Melissa had also not attended school, but Margaret was able to place her in a nearby school at an appropriate grade level for her to begin her educational journey.

Melissa is just one of the thousands of orphaned and abandoned children who have found a home – a place to belong, be loved and be cared for – at the children’s homes we partner within Zimbabwe, Zambia, and Kenya for more than two decades, all made possible by the generous federal government employees who have designated Bread and Water for Africa® as their Combined Federal Campaign charity of choice and our supporters across the country.