A Better Place to Live 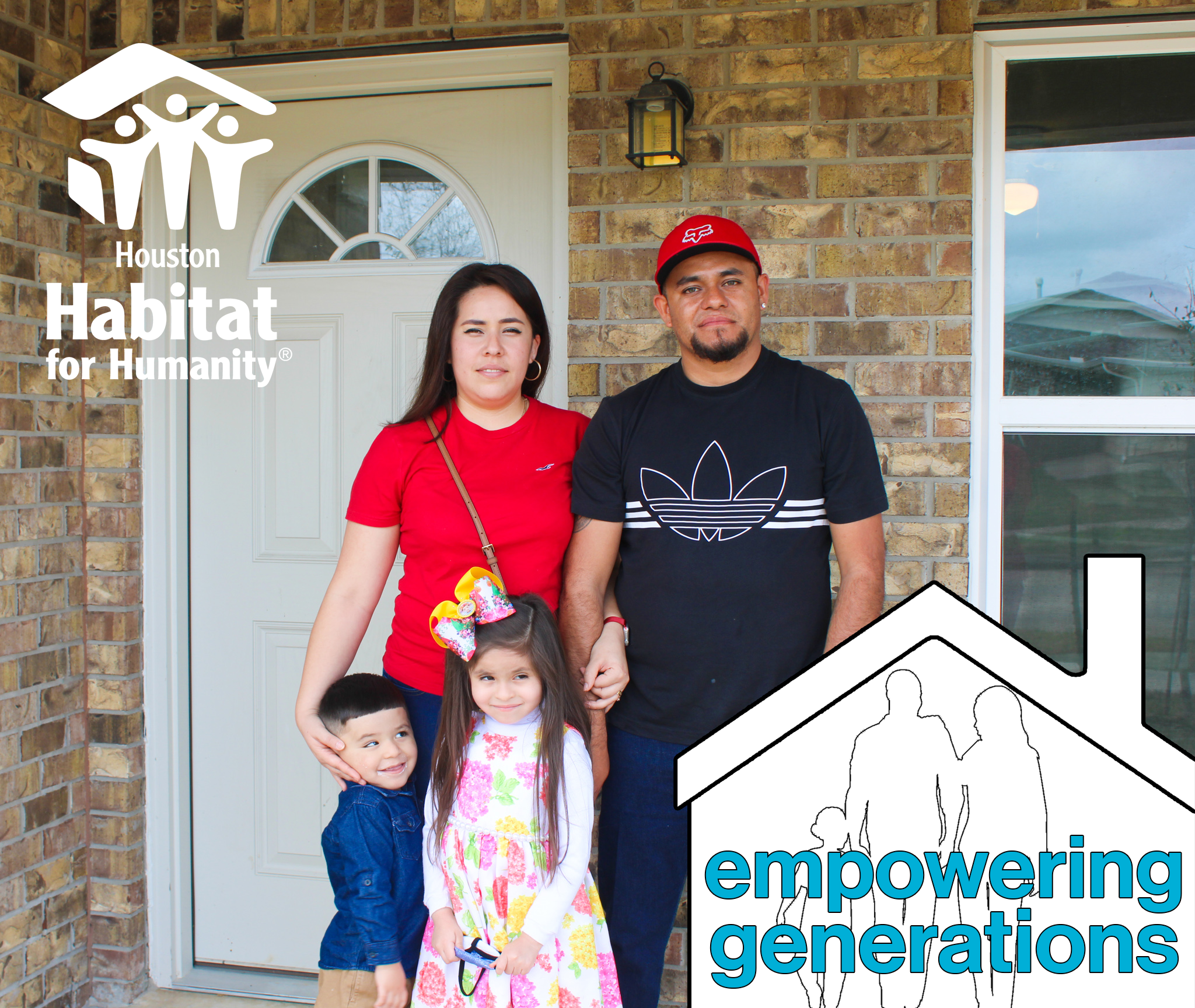 Fredy is a road construction worker with a wife, Yoana, and two children; Sofia is four years old, and Tadeo is one year old. He came to Houston Habitat looking for a home for his family.

Fredy decided to apply to Houston Habitat because he knew that paying for a Habitat house was more affordable than continuing to pay rent. Apartment rentals are very expensive. Instead of continuing to pay for something that would never belong to Fredy, he wanted to invest in property that would be his family home. He tried to find a place that was a little bigger and more comfortable, but with the expense of the deposit and rent, it was impossible.

Fredy’s family lived in an apartment with one bedroom where all four family members slept. The children did not have enough space to play. The environment of the apartment complex was not the right one for raising children. Some neighbors were experiencing domestic violence, and some were publicly using drugs. Fredy’s four-year-old daughter, who clearly understands, asks about the smell of drugs and the screams and blows they heard coming from next door. Fredy was at a loss as to how to answer her.

The couple dreamt of a future where they could give their children a better place to live, where each child has enough space for healthy development. Fredy and Yoana needed a restful space too. The first time Fredy applied for a Houston Habitat home, he did not qualify because his credit score was low. He worked for a year to improve his credit, and his second application was approved.

Just before Thanksgiving, Fredy and Yoana closed on their home. They spent the holidays in their new space, where Sofia and Tadeo each have their own room and a fenced-in backyard where it is safe to play.

Fredy explained, “Habitat was part of making our dream come true by giving us the opportunity to have our own home and a legacy for our children, who are the most important thing to us.”