After His Son was KIA, Retired Marine MSGT Finds Comfort Volunteering with Veterans Who Knew His Son Well 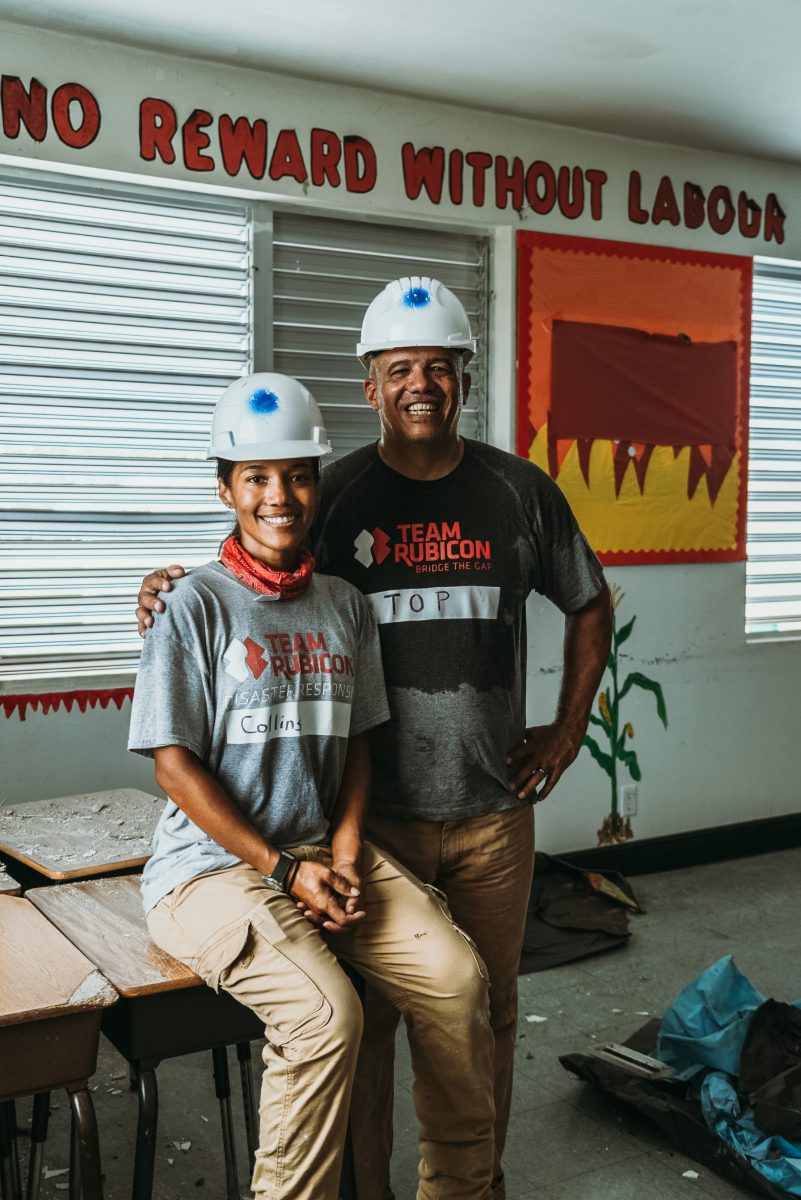 A career Marine, firefighter, and father, Mike “Top” Washington, faced the hardest battle of his life when his son, Michael Washington Jr., was killed in action. Following in his father’s boots, his son joined the Marine Corps and served in both Iraq and Afghanistan. Struck with grief, Top Washington questioned his ability to pull himself from the edge of a bridge. Then, he joined Team Rubicon.

In 2010, Top found Team Rubicon through a Marine who served with his son named Jake Wood—Team Rubicon’s Co-founder. A retired Master Sergeant, Top knew he needed to redefine his purpose for a life of continued service, in new uniform. Alongside Jake, Top mobilized as a Team Rubicon Greyshirt volunteer to Haiti following the catastrophic earthquake. On this deployment was another member of his son’s Marine Corps unit, Clay Hunt. Just two years later, while cleaning up the damage left by Superstorm Sandy, Top met another Marine who served with his son.

In 2013, Top deployed again, this time for the community of Moore, Oklahoma, after a devastating EF-5 tornado strike caused massive destruction. On the ground in Oklahoma, a pivotal response in Team Rubicons’s history, Top was a leader for many younger Team Rubicon Greyshirt volunteers as if back in the Corps leading Marines. The number of disaster response operations Top has served on with Team Rubicon is too many for him to remember after eleven years, but another memorable experience includes serving with his daughter, and fellow Greyshirt, Aja Collins, after Hurricane Dorian caused heartbreaking destruction in The Bahamas.

Top and Aja were in The Abacos to muck out houses, tear down dangerous debris, and try to help Bahamians secure some safe places to sleep and live. Aja—a mother of two, Army wife, and ICU nurse—was among Team Rubicon’s initial wave of responders. Her father, Top, was only days behind.

Arriving with volunteers on the second wave, he felt very proud of his daughter who had already made a name for herself helping people recover from the disaster. Throughout the rest of her time on the operation, they removed debris and water damaged materials from a school and from multiple homes together.

“I think my dad has said this before, but I believe Team Rubicon saved my dad’s life; has helped to save his life. It has helped to give him purpose. It has helped to connect him with other people he feels in some ways connected to. That feeling of what it might have been like to serve with Michael. These are other people who knew and loved Michael, and some of them reminded both of us of him,” Aja said after their time in The Bahamas.

“My brother is a lot like my dad. He was very good at everything he did. Man, he would have been a great Greyshirt…” she continued. Whenever Top has the chance to volunteer his time serving people, often on the worst days they’ve ever experienced, he’s not alone.

“Michael is right there with me, helping lift every shovel.”